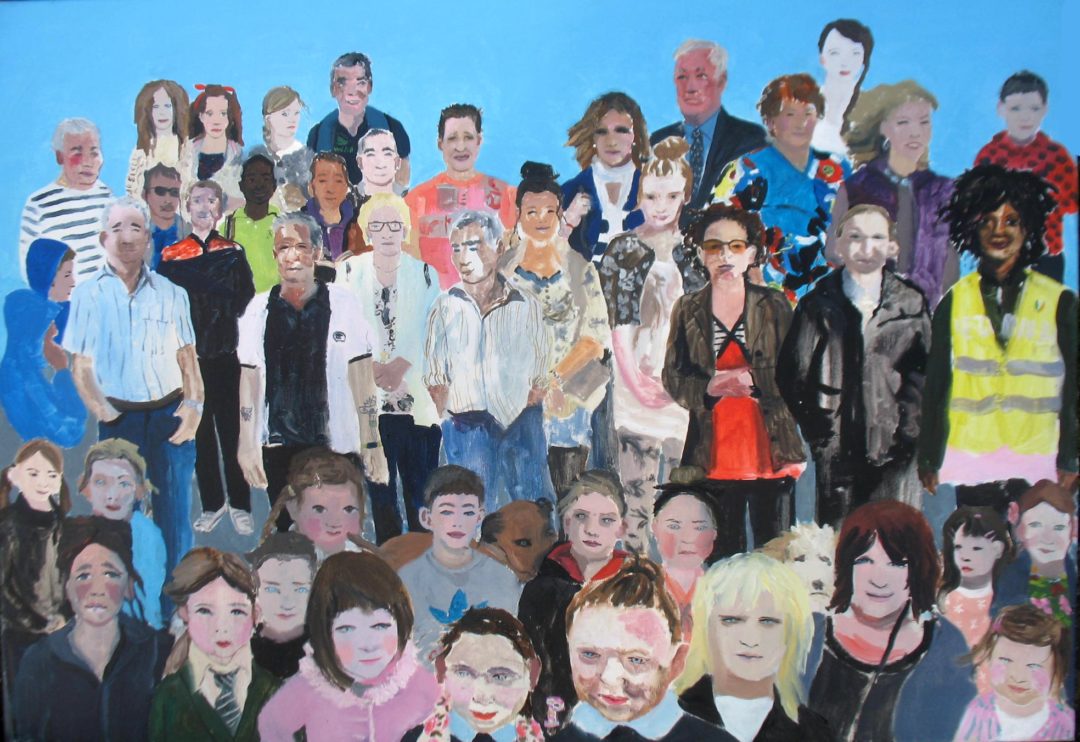 For two days of the Festival, I set my easel on the canal and proceeded to draw every single passer-by to make a portrait of the Five Lamps. There were young and old, poets and thieves. Two young men were run- ning away from some trouble they had caused, still they stopped to have their portraits painted. Later the po- lice came by, someone pointed at the portrait: ‘It’s them!’ they said.